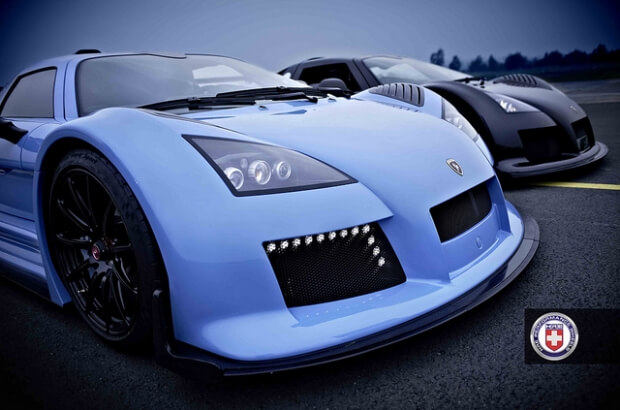 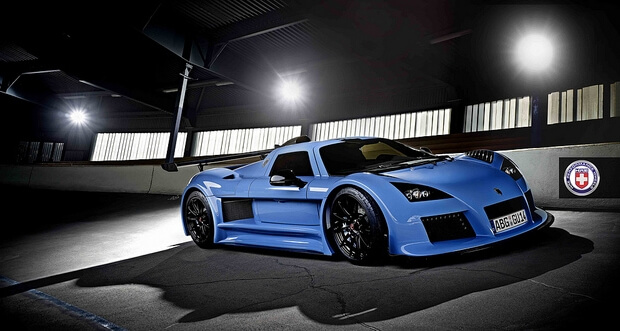 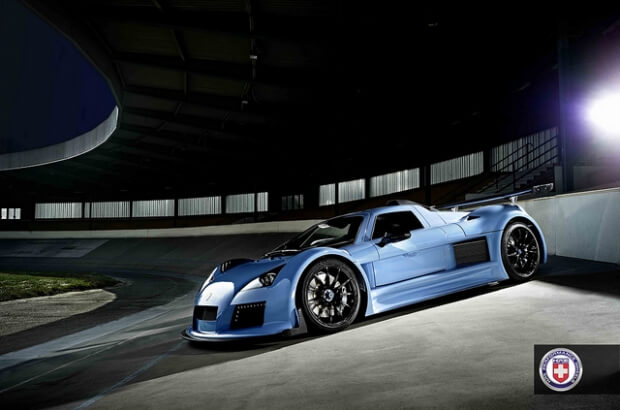 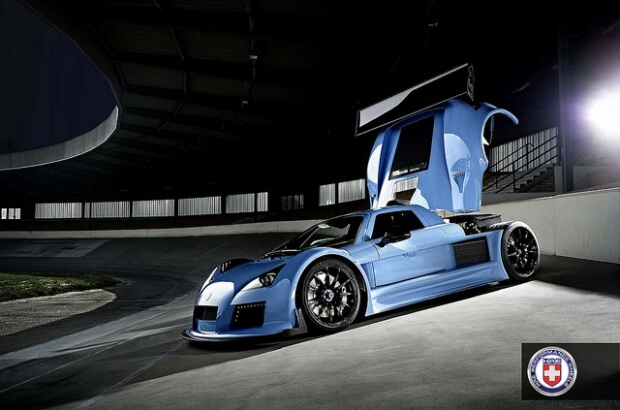 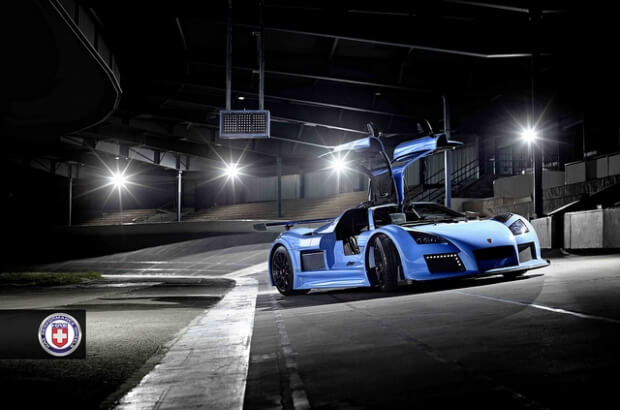 German supercar builder Gumpert has used custom forged HRE wheels on its Apollo supercars since its inception, so we were thrilled when they unveiled the new "S" model of the car at the Geneva Motorshow to rave reviews. Finished in bright blue livery, the Apollo S features a new ultra-high performance powertrain, as the Audi sourced bi-turbo V8 produces 100 more horsepower than the standard model thanks to changes in the engine calibration and an updated the cooling system. The extra power means 0-60 sprints in 3 seconds flat and and a top speed of 224 mph.

After meeting the Gumpert team in Monaco and after visiting Gumpert’s facility in Germany, Gumpert visited HRE in San Diego to discuss the need for a lightweight forged wheel for the Apollo S. The wheels needed to be light enough to maximize handling and stopping distances, yet strong enough to stand up to the Nurburgring. Their instructions were, “Unlike in America, Germans can actually drive their cars 200mph for long distances on the Autobahn going to and from the track. Your wheels need to be able to handle this type of regular abuse.” Hours of engineering analysis and machine work later, the Monobloks were ready. HRE has been with Gumpert since the beginning and we continued to provide our private label forged wheels for both Gumpert models as the supercar firm continues its push to build the fastest, most exotic cars on earth.