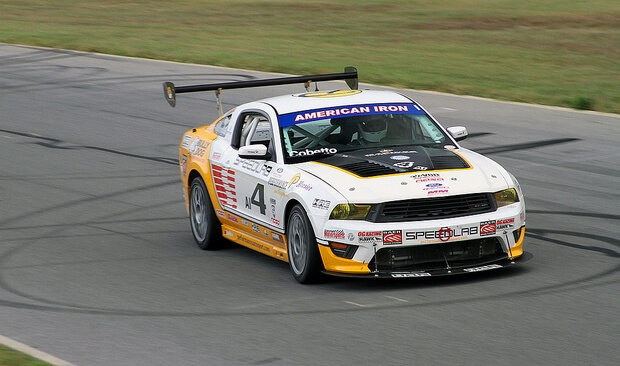 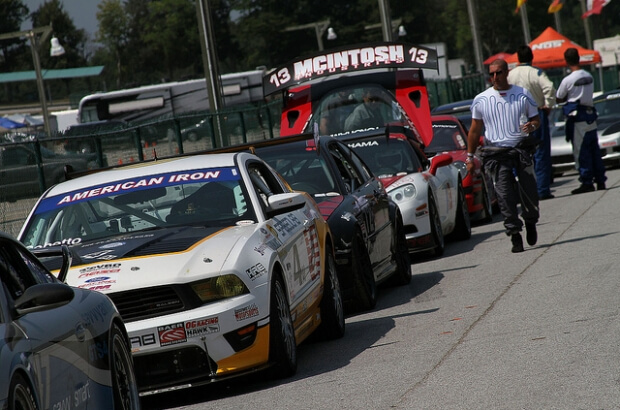 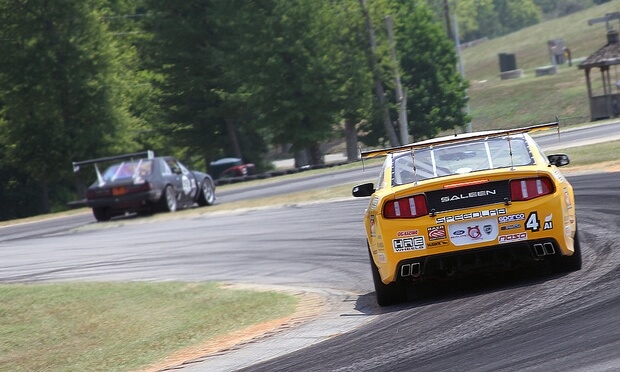 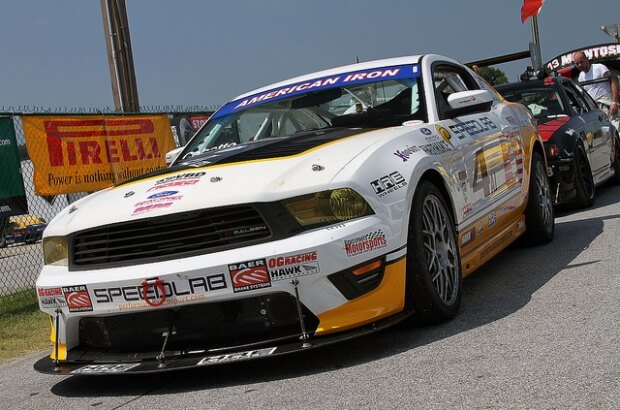 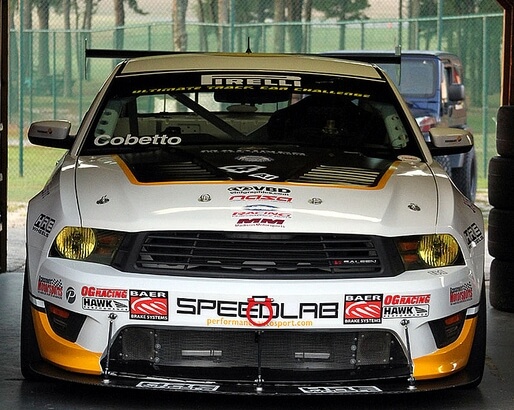 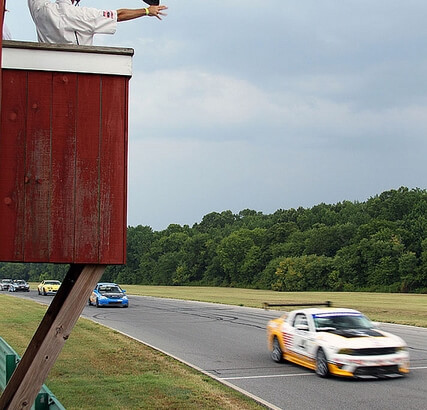 The NASA American Iron Series keeps the competition close due to its strict car specifications, so succeeding in the series depends completely on finding the winning recipe with your team, equipment and driver. The Saleen/Bully Dog team clearly found the right formula and has been dominating this series for this race season so far. The team's most recent race at Virginia International Raceway was a prime example of what Chris Cobetto and his HRE equipped Mustang can do. The full story is below:

The thermometers were bursting at the seams and the cool shirts were maxed as the temperatures soared above 100 degrees Fahrenheit at VIR but there was little hotter than the two pole positions and two victories of the Bully Dog, Saleen Speedlab S302R-01 Mustang piloted by, driver, Chris Cobetto. This was particularly impressive as it increased Cobetto’s points lead and marked the fourth win in as many races, the team coming off two wins at Summit Point’s June 18-19 HyperFest.

“The guys at Performance Autosport have just put a phenomenal steed under me.” Said car owner/driver Chris Cobetto. “The NASA National Championships are coming up at Mid Ohio on September 10 so we are constantly looking for that last little bit of speed. Chris (Matthews) and Kevin (Adolf) are great guys to work with and I’m confident we’ll have this thing dialed in completely by the time we hit the big show. Man it was hot in that car but the C and R Radiator kept everything cool under the hood and the BAER/HAWK brake combo never gave a soft pedal. The Rockland Tranny is just plain stout. It is a pleasure to be in control of such premium equipment.” Cobetto said.

If the margin of victory is any indicator, it appears that the boys from Performance Autosport are close to having the car dialed in. While both races for the weekend finished under double yellow, Cobetto, in both races, had his car over 20 seconds ahead of the second place driver at the time the yellows flew.

Mark LaMaskin, owner of Performance Autosport said “It seems that we got pretty lucky from the start with the partners we have. The Mustang is a great platform right out of the box. The engine is strong and reliable and the chassis takes very little to make it hum. Having partners like Exedy clutches, C and R, Rockland Gear, and Baer, allows us to concentrate on fine-tuning the car because their parts are so reliable in these conditions. It is a true advantage”

As with any racing, Cobetto and his team have had challenges throughout the season but none could have thought that a Tsunami in Japan would affect a Mustang in Virginia. “The RacePak was helping us get close to the right set up and then about half way through the season we had to change to Hoosiers because the spec Toyos, built in Japan weren’t available. NASA had to open the tire rules for American Iron. Hoosier was a great choice as the tires have proven to be fast but they have different characteristics than the (Toyo) RA-1s so once the R6s (Hoosiers) were mounted on the HRE wheels we basically had to start from scratch with suspension and brakes” Said Cobetto

“We couldn’t be happier!” said Jess Albright from Saleen Speedlab. “We (Saleen Speedlab) had been out of road racing for a while. To re-enter with this much success is really a testament to everyone helping to make this happen. We feel great about it and we have gotten great response from the Saleen enthusiast community. VBD Graphics did the wrap just before this event and really captured the spirit of the Saleen Speedlab racing heritage” Said Albright.