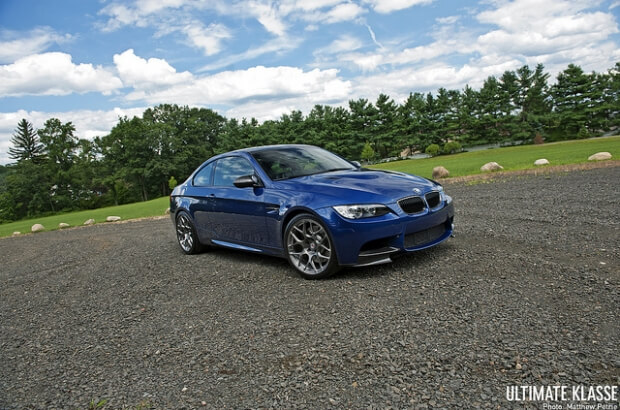 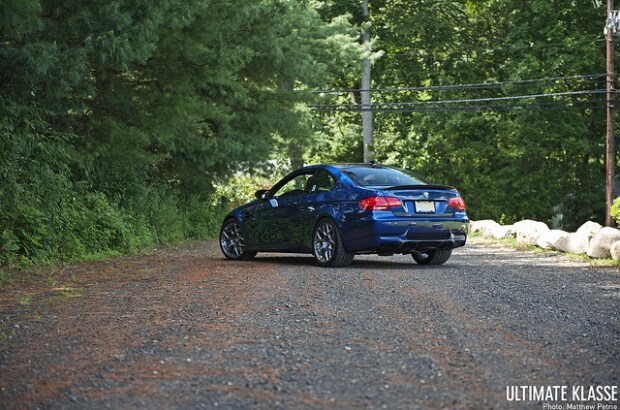 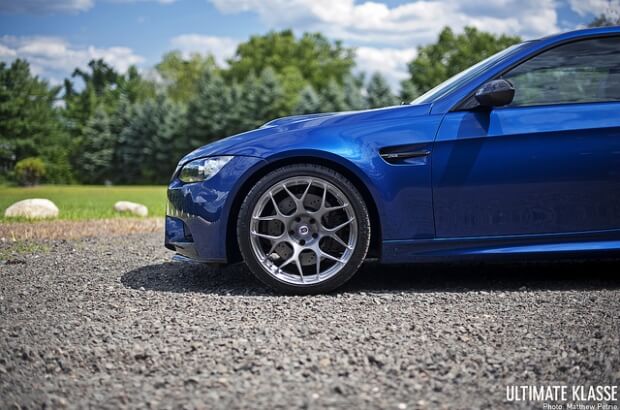 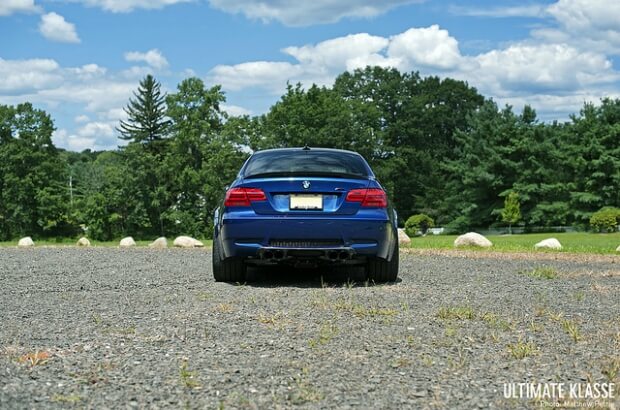 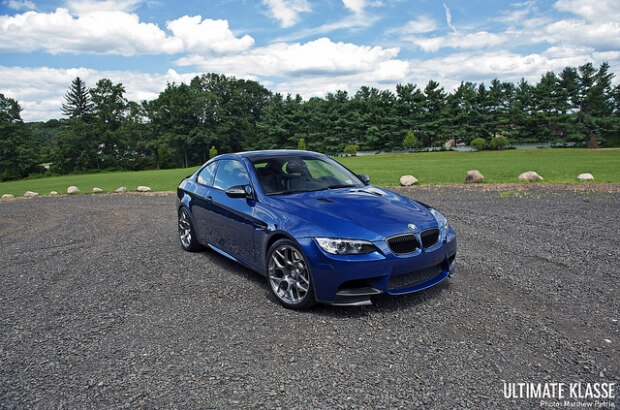 This week, we're handing over the reigns to guest blogger, Matthew Petrie from Ultimate Klasse for a fun feature on this gorgeous BMW M3. Enjoy!

As much as we all love the power and performance delivered with a blower, it is a car like Frank’s that we need to stop and admire and for a very long time at that. Although aesthetically this car seems modest, that is exactly what he was after and why we had to feature it.

The terms like “OEM+”, “clean”, and “flawless” are tossed about rather loosely, I’ll be the first to admit to that. Don’t get me wrong, there are cars that are absolutely deserving of those adjectives, however Frank’s E92 has become a new standard in which I will hold cars to. The beauty of this car lies deeper than the parts he has used to make it his own. As a lover of BMW’s (especially the M’s) from a young age, Frank knew he would one day own the gentleman’s sports car. It was a dream he constantly pursued while working his jobs throughout his teenage years. It wasn’t until he was 24 that he saved up enough money to buy his first BMW. As he reminisced with me about his E36 325is in Mauritius Blue, I could tell just how much it truly meant to him, but he followed up saying half-jokingly that it still wasn’t an “M”.

Many years later, after selling his 2008 335xi 6MT, he continued his pursuit of the next milestone – that illustrious M car. Frank wandered into a local BMW dealership on his way to work one morning in the spring of 2010. The salesman asked if he had time to take an M3 out for a quick test drive.

Needless to say, Frank’s coworkers were puzzled as to why he had a smile plastered across his face for the duration of his shift on duty.  Explaining his first experience of the S65 V8 combined with the handling of an M3 just didn’t have the same effect on them. That’s OK, Frank - we get it. Realizing he wasn’t about to connect with any other car like he did with the M3, he spent many late nights configuring different options online. It wasn’t before long that he put the order through.  He loved and missed the blue of his original coupe so he went a slightly different route with LeMans Blue. It is a lower production color on the E9x M platform only available on the 2010+ models. He optioned it with Competition and Premium packages with the Dual Clutch Transmission better known by its acronym “DCT”. To make this special moment more memorable, he chose to take European Delivery of the vehicle from the Munich Headquarters in October, 2010. Like any enthusiast, Frank made improvements and subtle touches around the car to personalize it. He has a certain discipline in his behavior which is carried out through his M3. His standard in modifying is what sets him apart from the others. “Anything that was done to the car had to enhance the original design and only use quality parts (OEM wherever possible) without creating too much distraction or drawing attention to one particular area”, according to Frank. That being said, the first thing that can’t help but be noticed are the 19” HRE P40S wheels. An exception has to be made here because they look absolutely stunning in the brushed finish with tinted clear coat. They are 9.5” up front with a 275/30 tire and the rear width is 11” with a 295/30 Michelin Pilot Super Sport.

BMW Performance front splitters, mirror caps, deck lid spoiler, and Challenge Sport rear diffuser suit the car properly with the carbon fiber roof. There are smaller details around the exterior of the car in the form of IND painted reflectors and keyhole delete. Those parts in conjunction with blacked out hood vents, M3 badge, OEM Edition kidney grills and side gills fittingly remove all of the chrome and clashing color from the exterior. As you step over the OEM GTS door sills and waxed door jambs you sit in an absolutely flawless interior. Surrounded entirely by a full OEM carbon fiber trim kit, the smaller touches are still yet to be discovered. It’s not long before you’ll notice the IND tri-color stitching of the e-brake boot and shift boot to match the stitching of the Alcantara BMW Performance steering wheel. A keener eye is required to notice that the airbag warning stickers have been removed from the visors and the (+) (-) engravings on his Verstraβe Extended Aluminum DCT paddles are painted in LeMans Blue, once again by IND. A Turner Motorsports edition P3cars vent gauge is the final piece to the uniqueness of Frank’s interior. He has a BPM Sport Stage II Tune including an engine performance tune, servo tune as well as a DCT tune. The engine tune works well with the full Akrapovic Evolution exhaust which has custom painted gloss black tips and hand painted Akra logo from IND. The servo tune tightens up the steering and the gear shifting become crisper with their respective tune. Under the hood lies a Dinan intake, Dinan strut tower braces, and Active Autowerke under drive power pulleys.

Beyond the caliber of modifications done, the cleanliness of this car is what is remarkable. The practices and methods in keeping the car clean may seem as a burden or chore, but it is actually therapeutic to Frank. Spending the time around the car’s details is as enjoyable as driving it. His philosophy is to never let any one part of the car “get away” and as you can see he is staying true to that belief. There is not one speck of embedded brake dust in the grooves of the wheels, nor do the inner barrels and lug holes have an ounce of dust on them. He maintains these areas along with the brake calipers, undercarriage, and fender liners. Even the untreated, underside of the hood has been given the Frank treatment and is waxed smooth to the touch. When it is maintained at this level, it is not actually that time consuming to keep clean. These practices may seem crazy to some people, but it is certainly appreciated by all who take notice. Frank’s character is one to be admired; the love for his car is seen in his dedicated discipline. The attention to detail and delicate nature he has with every inch of the car just goes to show that he has never lost respect of that M car he had sought after since he was a kid.