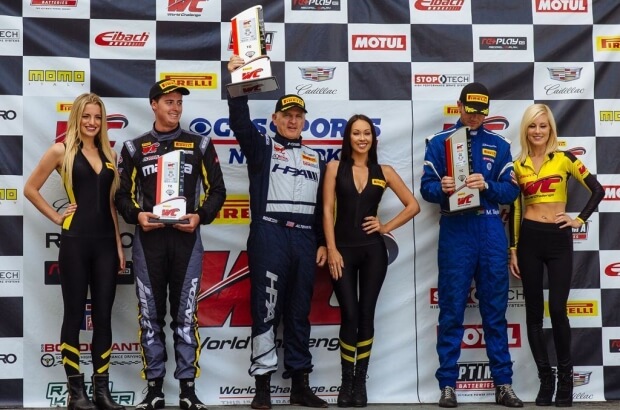 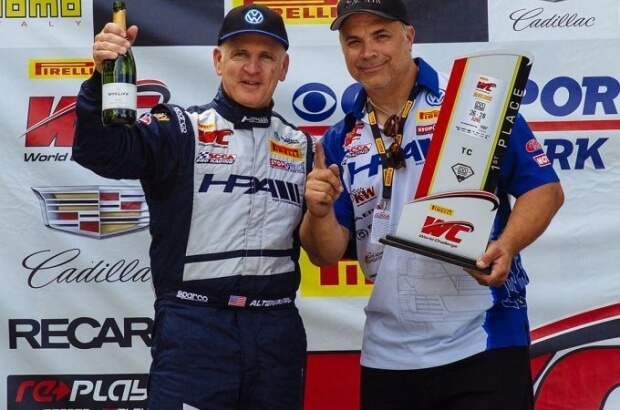 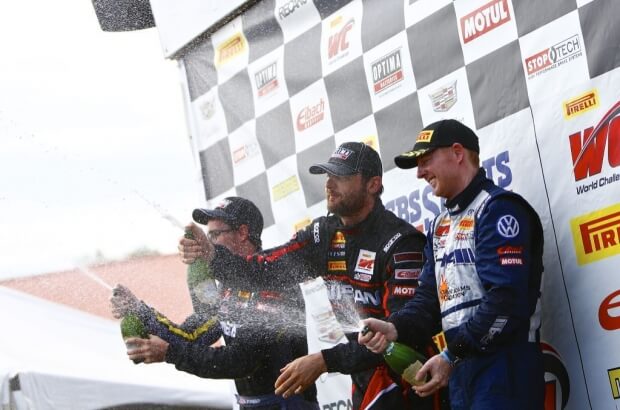 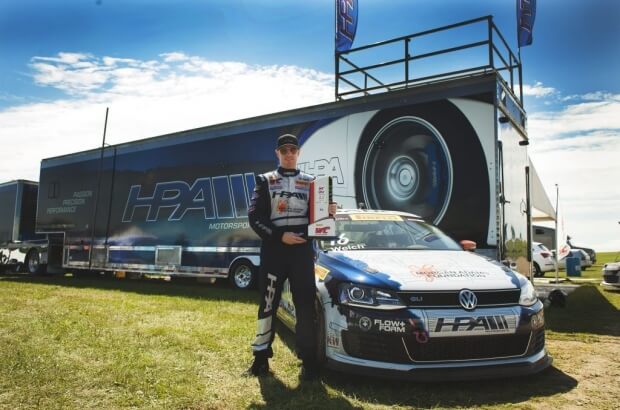 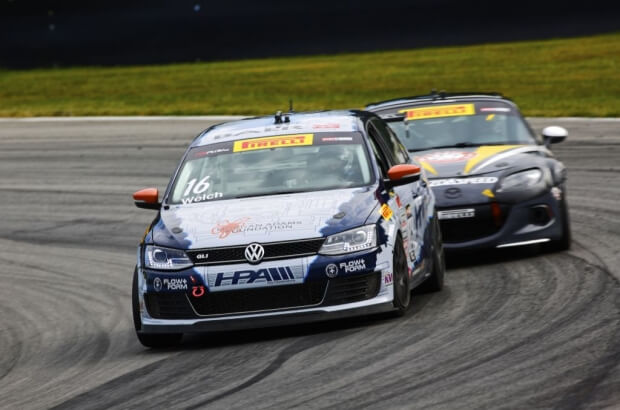 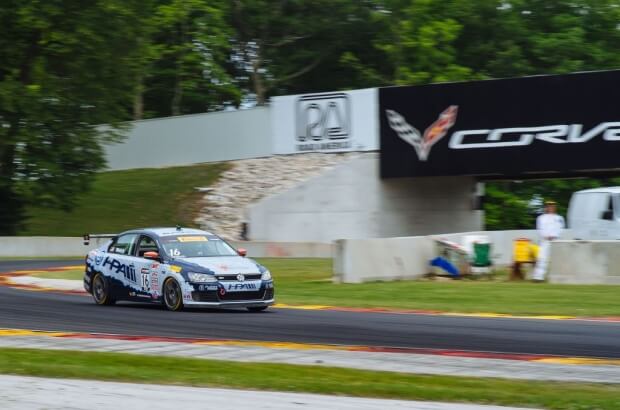 Road America showcased the potential for the pair of FWD entries with Jeff Altenburg in Car No.15 challenging on all three races for P1 and bringing home HPA’s first win of the season, meanwhile Alex Welch in Car No.16 rounded out the top five.  While in the lead in Race 3 at Road America, late session tire troubles cost Car 15 a potential second podium of the weekend but left the HPA team feeling optimistic.

Entering the second half of the season with a win under the team’s belt, spirits in the HPA paddock were high. Mid Ohio Sport Car Course is not known to favor front wheel drive entries and this event left little more than an hour between test sessions for the team to dial in the cars so it was a “run what you brung” scenario. Both cars were strong right off the hauler, competing for P1 through P5 in official practice and throughout all three races. Having battled for the lead and finishing 4th and 5th in Race 1, it was clear that the performance was there so the team’s focus shifted to chassis set up and tire management. Race two started with Jeff Altenburg’s Car No.15 in P2 and Alex Welch’s Car No. 16 in P5.  The pair of GLI’s locked into a battle upfront for the lead when a DSG overheat began to trouble Car No.15 and left Car No.16 just managing to hang on to the session on declining tires to round out the top 5.

The cars took to the grid for Race 3 with a new set-up dialed in and DSG issues sorted. With Welch up front in P2 and Altenburg launching from P3, the pair of HPA GLI’s broke away from the pack and battled amongst themselves for the lead during the opening 6 laps. A head gasket failure on Car No. 15 sidelined Altenburg; placing Welch into the front of the pack where he continued to build on his lead. An engine fire from residual heat ignited on the stationary Car 15 causing a full course yellow, collecting the field, and erasing Welch’s commanding lead over the group.

Battling with Kozorov’s Altima after the restart, Car 16 slid into second spot to maintain tires and defend against Poland’s hard charging MX5. After 40 hard minutes of racing, Alex Welch brought home his first podium in PWC Touring Car and delivered a second place win for the HPA group.  “The team did an amazing job giving me a car that was both reliable and fast.  At first we didn't think Mid Ohio was going to be a good match for our platform, but with a lot of tuning on a track I've been around many times, we were able to get really solid finishes.” said Welch, who notably had the fastest lap of the race with a time of 1.34.577.

“The team has fought hard this season and it is extremely rewarding to back up the Road America showing at Mid Ohio. The shift to Motul engine oil has kept the bottom end bearings alive and the KW suspension offered the adjustment range needed to massage the chassis to a perfect balancing point for turn and grip.” Remarked team owner, Marcel Horn.  “Unlike the Porsche Cayman and Mazda MX5, the HPA GLI’s need to accelerate and turn over one axle; delivering the narrow slicks a beating.”

The team would like to extend a special thanks to their crew who put in tireless hours to ensure that calibrations were within series specs and that the hardware was sorted. With only a few days turn around to get to Miller Motorsports Park in Utah, the HPA team will take to the grid with Car 16 this Friday and Saturday.  Sadly, the tight back to back schedule will not leave enough time to restore Car 15 for the next event.

Altenburg commented, “As always, the HPA Motorsports gang showed their competitiveness bringing two fast Jetta GLI race cars to Mid Ohio. I was stoked to have led in two races before mechanical issues compromised my weekend and super happy for Alex bringing home a strong 2nd place finish and top 5’s all weekend… I’ll be pulling for HPA and Alex this weekend at Miller and am looking forward to joining back up with the team in Monterey.”

Take advantage of the live streaming of rounds 13-14-15 of the Pirelli World Challenge Touring Car Championship at www.world-challengetv.com to catch up with the team in action August 21st and 22nd at Miller Motorsport Park.
HPA Motorsports’ full line of 2.0L TSI tuning solutions, as featured in the Pirelli World Challenge Touring Car Championship, are available through HPA dealers worldwide. Please visit hpamotorsport.com or facebook.com/HPAMotorsports for more details.