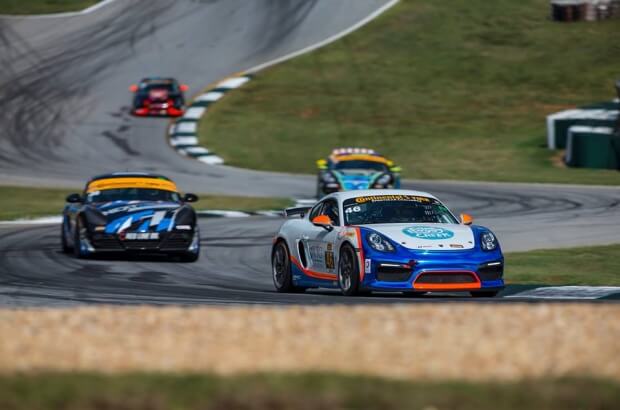 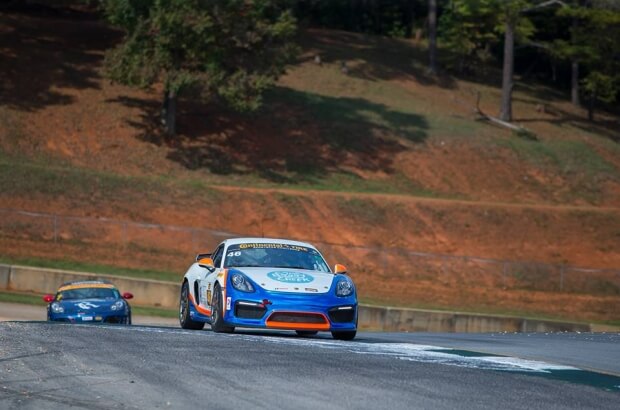 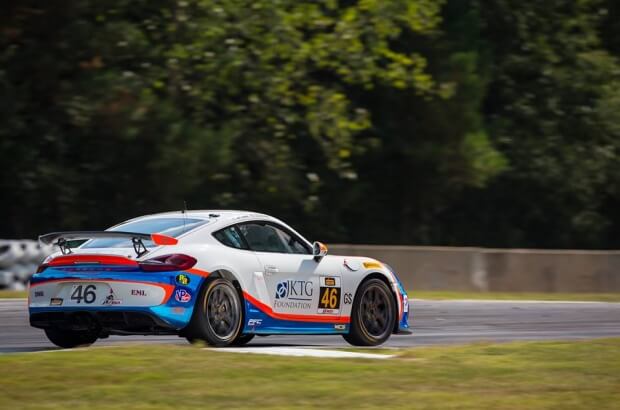 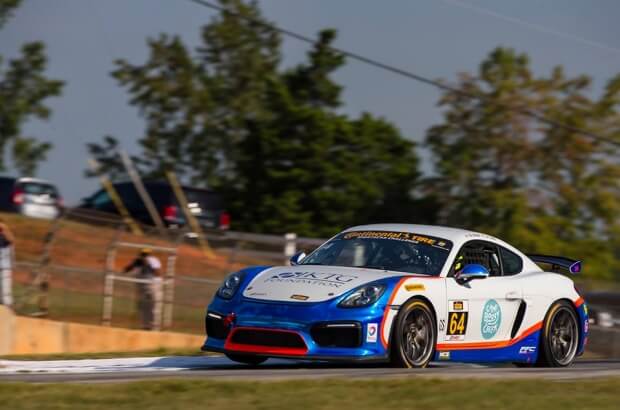 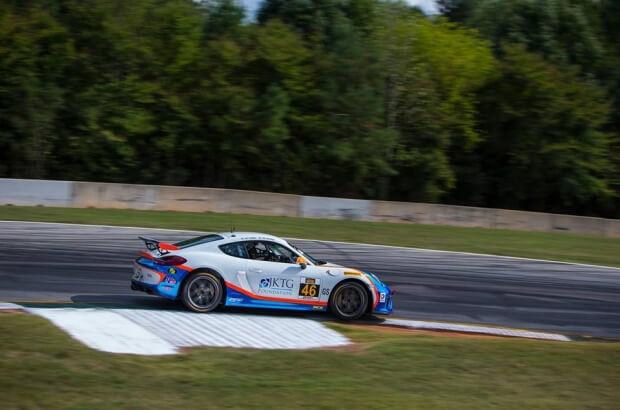 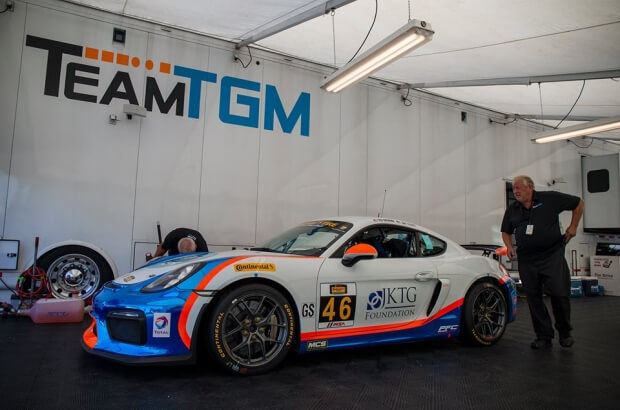 Drivers Ted Giovanis and Guy Cosmo shared the driving duties in the No. 64 JKTG Foundation/Camp Boggy Creek Porsche Cayman ClubSport GT4 for the two hour, thirty minute race which will be televised Sunday, October 9 at 11:00 AM ET on FS1.

Giovanis was tabbed to qualify the car on Thursday scoring a fourth row start and slotting into seventh on the first lap of the race. With one of the larger GS class fields this season, as well as a tight ST class championship battle going on, the 2.54-mile circuit was a busy place for all the drivers. Giovanis has a lot of laps at Road Atlanta, and after settling into an early race pace, had moved up to third, some 15 laps in as a full course caution sent a range of race strategies into motion.

Set to take the restart from third, the green flag saw near-disaster as a battle for position saw Giovanis moved off course with one wheel in the grass, sending him spinning in front of the full field on the front straight. Fortunately, he was able to not only avoid any hard hits, but he kept his head down the track and was able to quickly recover back to racing speed.

“We are still trying to figure out what happened on the front straight,” said Giovanis of the restart. “One version was that the No. 76 car tapped me, the other one is that I just got in the marbles. I was trying to turn in later and later and then it was too late. I was driving on the dirt at the first part and then the car got a little squirrely and I ended up on the other side of the track. I saw the guys coming as I was looping but then I went up over by the wall. Then once I got back out on track I was just trying to pass the ST field and catch back up.”

But the lost track position was costly, as the No. 64 fell to 29th in the overall order. Giovanis was able to recover to 17th before turning the car over to Cosmo on a green-flag pit stop, which saw the Porsche fall nearly two laps down. Cosmo put his head down and with the TeamTGM crew calling strategy, clawed his way back onto the lead lap.

Unfortunately, the race laps ran out before he was able to make more progress, having raced forward to score sixth at the finish.

“I would say that we didn’t quite nail it on the set up but I would say we were still quick enough to be in the hunt,” said Cosmo. “Unfortunately, Ted had a few mishaps in his stint, but he showed extreme skill in keeping the car off of the wall after a spin in Turn 12. The TeamTGM guys also did very well in the pits. During Ted’s off we lost the front splitter so that contributed to the car being more to handle than it would have been otherwise. It was a decent finish and we’ve learned a lot this weekend and this entire season. We have done a lot of experimentation and I’ve learned a lot of things about the car. In all reality, a lot of the improvements we feel we could make, there has just been no time to do between the race schedule. Now that we are headed into the off-season we have a clear idea of what we want to do and work on to prepare TGM for 2017.”